A guide to the smaller coastal towns of Hvar & how to plan an awesome scooter tour around the island.

The majority of tourists head to Hvar Island and spend the entire trip just within Hvar Town itself. Whilst this isn’t necessarily a bad thing (the place is beautiful and has tons to do!) there are so many other fantastic places to see across the island. 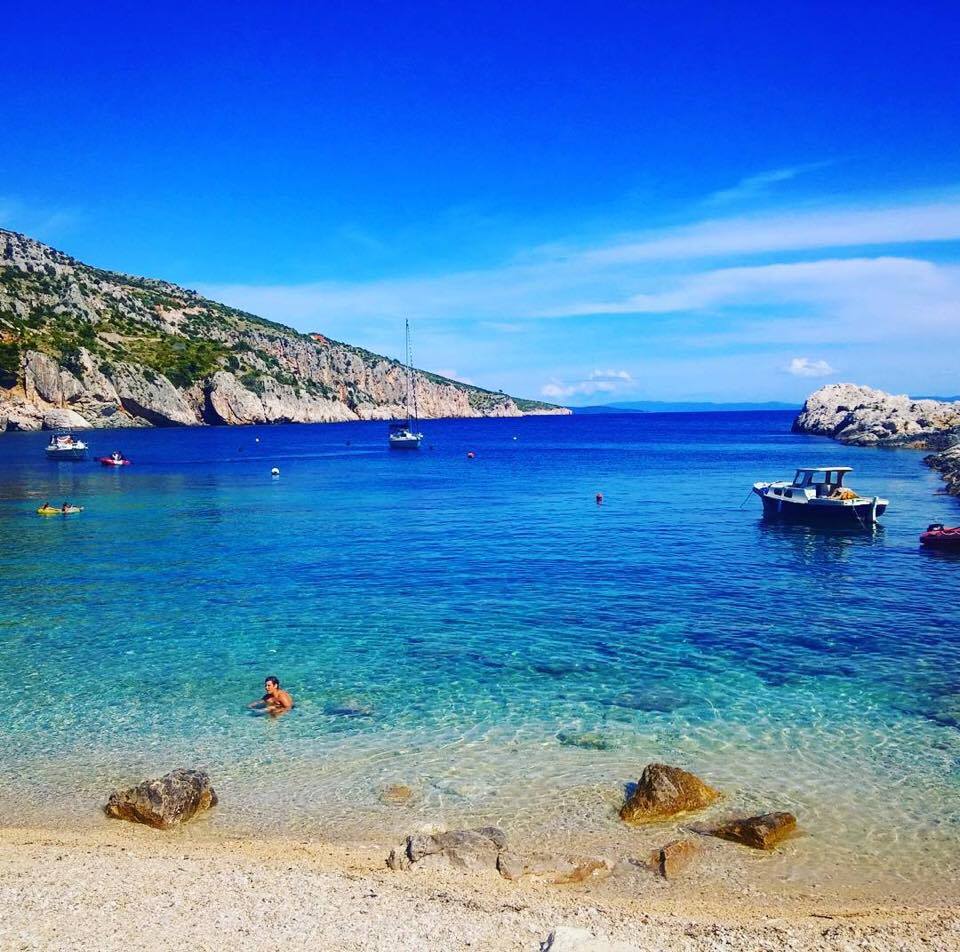 We recently published a couple of articles giving you the low-down on some of the other towns found on Hvar Island – Stari Grad & Jelsa – so, to complete the series we want to give you a guide to exploring the smaller villages of the southern coast through one of the most exciting means of transport available – by scooter! Expect sleepy fishing towns, stunning secluded beaches and jaw-dropping views that you’ll never forget. Grab yourself a map of the entire island (we have some at reception) and follow along with our guide to uncover your Hvar Island tour.

First up, you’ll want to head south from Jelsa towards Zavala. As you take the picturesque road out of the little town, you’ll soon find yourself at the start of slight scary looking one-way tunnel – but don’t panic as there’s a traffic light system to get you safely through. It’s quite a surreal experience as you whizz through the echo-y, dark tunnel but eventually you’ll emerge and be completely taken aback by the views out to sea. You’ll be really high up on the island now so it’s time to take the winding descent down to the coast where you’ll probably end up having to park up a few times to snap a picture as you gawp at the unreal views – on the clearest of days you can even spot Italy on the horizon!

The first little town you’ll reach is Zavala which sits next to small marina and is surrounded by tiny but beautiful pebble beaches. Park up your scooter and wander around the coastline to uncover your new favourite beach or cove and spend an hour or so relaxing after the crazy drive down the hill. If you’re ready for lunch then head to Restaurant Davor in town where you’ll find an authentic dining experience in a rustic setting – you can choose fresh fish cooked on their home built barbecue or even some hand-made pasta. The town is famous for its beautiful white wine called ‘Bogdanuša’ so either have a glass with your meal or buy a bottle to take home and have later in the evening.

Surrounded by a rich countryside of Mediterranean wildlife such as lavender and rosemary fields, you will find Ivan Dolac as the next destination on your southern coast tour. Again you can expect unspoilt beaches and an escape from the crowds of Hvar town centre – a perfect spot for a picnic or an afternoon siesta. The area also produces a number of well-respected wine varieties and so be sure to check them out either at a local restaurant or the small grocery store.

The next town you’ll reach as you whizz along the coastline surrounded by awe-inspiring views of both sea and land is Sveta Nedjelja – this translates literally as Holy Sunday!

Suiting its name, the town is a paradise of relaxation and natural beauty with plenty of white pebble beaches and pristine turquoise waters. The highlight of this town is probably the restaurant named “Bilo Idro” by local family who built this awesome stone structure right out on the harbour. As well as fantastic seafood the place is also home to a unique underwater wine cellar where you can try out some local wines paired with cheeses, meats and other tasty Dalmatian goodness.

There’s also a great spot for cliff climbing/jumping just a 20 minute walk from the main harbour so an ideal stop on your trip for any adrenaline-junkies.

Towards the end of your trip there are still two incredible beaches left for you to explore and maybe have a picnic dinner as the sun sets. Dubovica is arguably Hvar’s best kept secret as it is so very often labelled as the most beautiful beach on the entire island. It has an impeccably clean ocean within a cove that’s surrounded by endless green fields of vines – picturesque to say the least.

You can read more about the last beach you’ll find along the coast here in our top 5 beaches article but the quickly sum up Zarace is totally unspoilt and set in an almost empty village therefore feeling like a real desert island escape – head to Restaurant Zarace that sits right next to the ocean if you’re here for dinner time!

Now you’ve taken in most of Hvar Island’s best bits, it’s time to make your way back to the bustle of the main town centre itself. But exploration isn’t quite over yet: make your way through another crazy tunnel; pass by gorgeous lavender fields, tons of Croatian vines and other sights and smells of the Hvar natural landscape.

You’ll arrive back in Hvar at the end of your trip with a superior amount of knowledge about the island than your other fellow tourists and all the more love for it.